Integration is clearly not progressing the way Americans in the 1960s expected. Two full generations of Americans have been reared with the ideals of racial equality, and yet racial separation is almost as pervasive today as it was 40 or more years ago.

Integration was the cornerstone of America’s great campaign for racial equality, and was sought with equal enthusiasm by blacks and white liberals. For those who were crafting a new racial future, integration was to be the decisive first step towards the transcendence of race.

Today, almost no one uses the word “integration.” Partly, that is because the civil rights struggle completely destroyed Jim Crow and removed all legal barriers to integration. Every law Martin Luther King asked for was passed long ago, and governments at all levels devote enormous efforts to rooting out racial discrimination.

Another reason why few people talk about integration is that there is not much of it to talk about. Despite the abolition of legal segregation, voluntary, widespread racial mixing is not common. In law and in theory, the United States is a land where race not only does not matter, but one in which it is unlawful for it to matter. There has been no official declaration of defeat, but reality is different. Some Americans live in broadly diverse settings, but many more do not. Americans still say integration is important, but very few do anything to bring it about.

… There are probably no white journalists in America who would say they chose their houses because they were in white neighborhoods, but that, in effect, is what they do. Peter Brown of the Orlando Sentinel looked up the zip codes of 3,400 journalists, and found that they cluster in upscale neighborhoods, far from inner cities. More than one-third of Washington Post reporters live in just four fancy D.C. suburbs. Television personality Chris Matthews routinely promotes integration, and Ted Koppel hectored whites who live apart from blacks. Where do they live? Mr. Matthews in 95-percent white Chevy Case, and Mr. Koppel in Potomac, also in Maryland, which had a black population of 3.9 percent.

Perhaps these men thought they lived inside their television sets. Sociologist Charles Gallagher of La Salle University has noted that television advertising is a “carefully manufactured racial utopia … that is far afield of reality,” where everyone has black and Hispanic neighbors with whom they discuss which brand of toothpaste is best. Jerome D. Williams, a professor of advertising and African American studies at the University of Texas at Austin also laughs at advertisers’ depictions of American life, adding that “if you look at the United States in terms of where we live and who our friends are and where we go to church, we live in different worlds.”

… A survey of Californians conducted by Berkeley’s Institute of Governmental Studies found that majorities of whites, Hispanics, blacks, and Asians agreed with the statement that “people are happier when segregated.“

… An analysis of Northern New Jersey by the Newark Star-Ledger found a similar trend. Of the 13,000 black families in the area making more than $114,000 per year—which put them in the top fifth on the state’s income brackets—two thirds chose to live in mostly black neighborhoods. “This is surprising to people,” said sociologist John Logan of Brown University, “and it’s hard to accept that race is still a very important barrier.” Race is not a barrier; it is a choice.

… In southern California it is Hispanics whom blacks want to keep out. They do not like ranchera music or neighbors who keep chickens, or who park their cars on the front lawn. They resent soccer players taking over public parks. As one president of a black homeowners association in South Central Los Angeles described the influx, “It’s a different culture, a different breed of people. They don’t have the same values. You can’t get together with them. It’s like mixing oil and water.”

Different populations build different societies. The principles of European and European-derived societies—freedom of speech, the rule of law, respect for women, representative government, low levels of corruption—do not easily take root elsewhere. They were born out of centuries of struggle, false starts, and setbacks, and cannot be taken for granted. A poorer, more desperate America, one riven with racial rivalries, one increasingly populated by people who come from non-Western traditions could turn its back on those principles.

The culmination of 25 years of writing about race, immigration, and America's future, White Identity: Racial Consciousness in the 21st Century is Jared Taylor's best and most complete statement of why it is vitally important for whites to defend their legitimate group interests.

This is the most rigorous, comprehensive treatment of race differences ever published. Philosopher Michael Levin's classic work first appeared in 1997 but quickly went out of print. Used copies sold for as much as $500.00. New Century Foundation has now published a completely reset, corrected edition, with a foreword by Jared Taylor. Anyone with an interest in race and the courage to follow the scientific data wherever they lead will find a goldmine of information, analysis, and wisdom in this classic treatment of one of the most profoundly important—and taboo—subjects of our time. 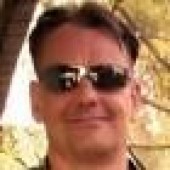